When I left for Asia the number one place I wanted to go was Vietnam. Vietnam will be one of the largest economies in the future and I wanted to see it grow. I had taken a class in Vietnamese at the University of Oregon.

I landed in Ho Chi Minh city formerly known as Saigon. A city in the south of Vietnam with 7 Million people, or another way to look at it, larger than every city in the United States except New York City. After arriving I spent a few days there relaxing and planning my trip. I have learned that it typically takes one full day to travel somewhere and another full day to recuperate from the stress of traveling. Fitting in those tiny airplane chairs is fixed with massage and good food.

Here is what Ho Chi Minh city looks like at night 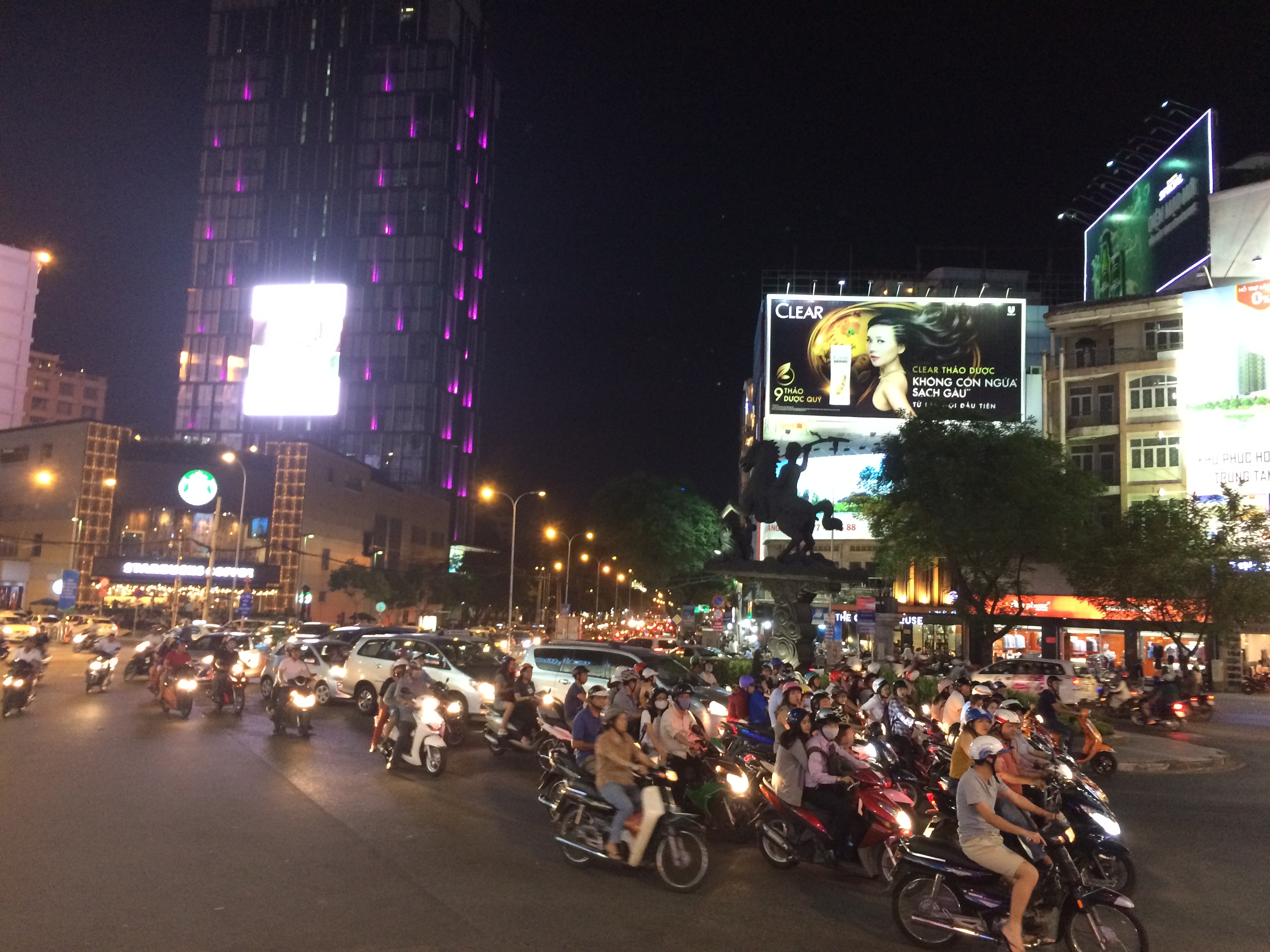 Rested and ready to go I took a night bus to Dalat. I learned about Dalat from another traveler in Bangkok. They suggested that if I liked Chiang Mai then I would like Dalat. The bus takes 7-8 hours from Ho Chi Minh city on the coast and in the very south to Dalat high in the mountains. The bus was supposed to arrive at 7am in Dalat. Night buses have seats that recline and make it easier to sleep. I slept on the bus and was abruptly woken up at 3am in the morning. We were at the bus station in Dalat. We are there 4 hours early because of a new road and no traffic. The whole town was closed. Dalat is a town that closes at 10pm. There are some restaurants that advertise 24-hour food, but if you got at 11pm you will find the doors locked. A taxi took me to my hotel. It was closed doors locked and lights off. The taxi driver gets out and starts banging on the door. Luckily the front desk assistant wakes up and lets me in. I sleep until the sunlight wakes me up.

Dalat in the daylight looks different. It smells different. The smell is like camping in the woods. Bangkok and Bali the humidity and the heat made it uncomfortable to be outside without a cool drink. Dalat is nice and cool. At night you need a light jacket. While in Dalat I worked on my blog and Anura. I did do some touristy things. 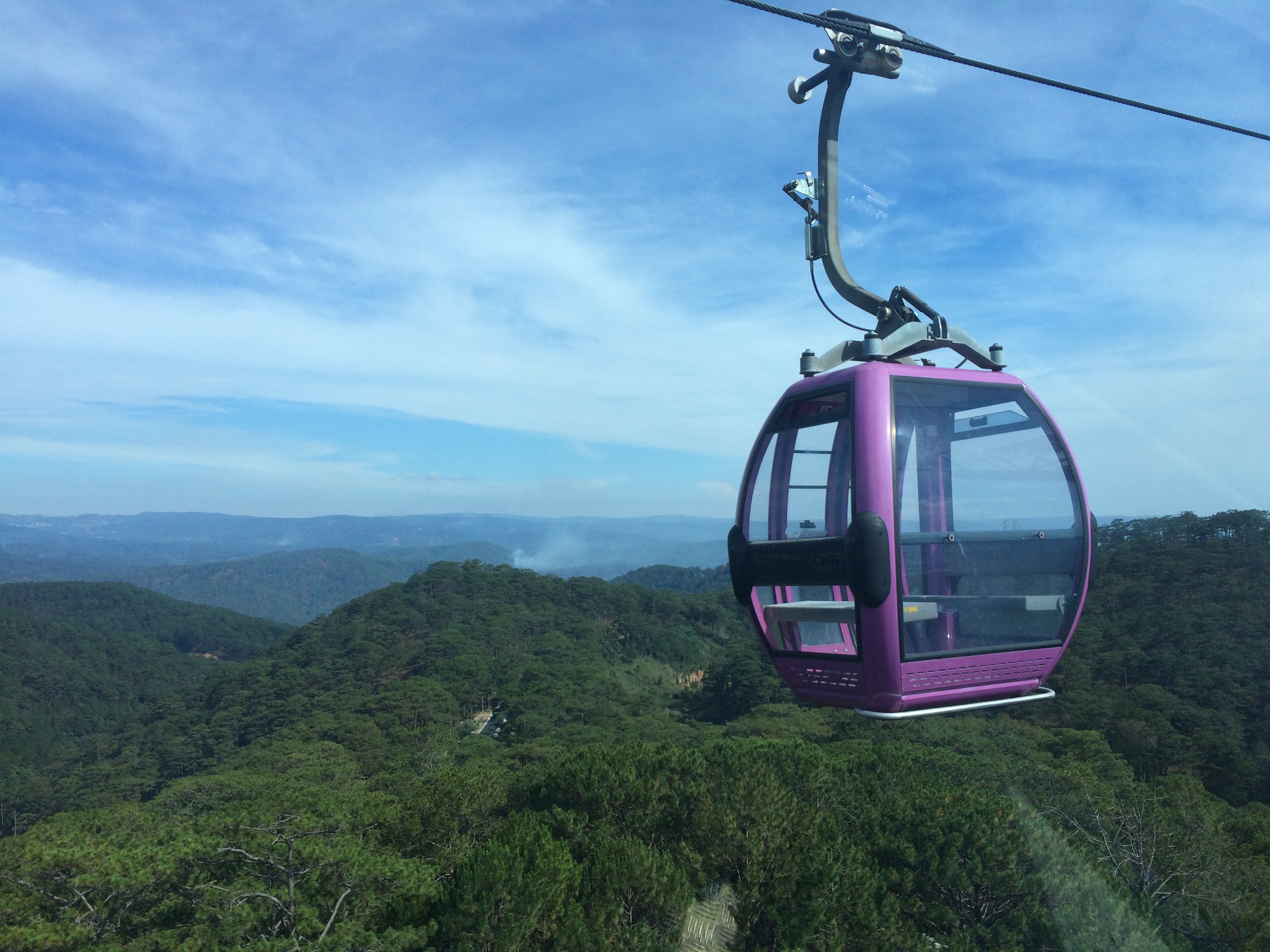 You can take a cable car to a temple on the other mountain. I was wearing shorts and not pants so I couldn’t go to the temple, but the cable car ride was fun by itself.

There is a bar called 100 rooms or 100 roof which is a large building filled with art much of it made out of concrete. The building is a maze and is easy to get lost in. They play music at the front so you just have to follow the music to get back but that is even difficult.

One weekend I went up to Hoi An another popular town that is in the middle part of Vietnam. 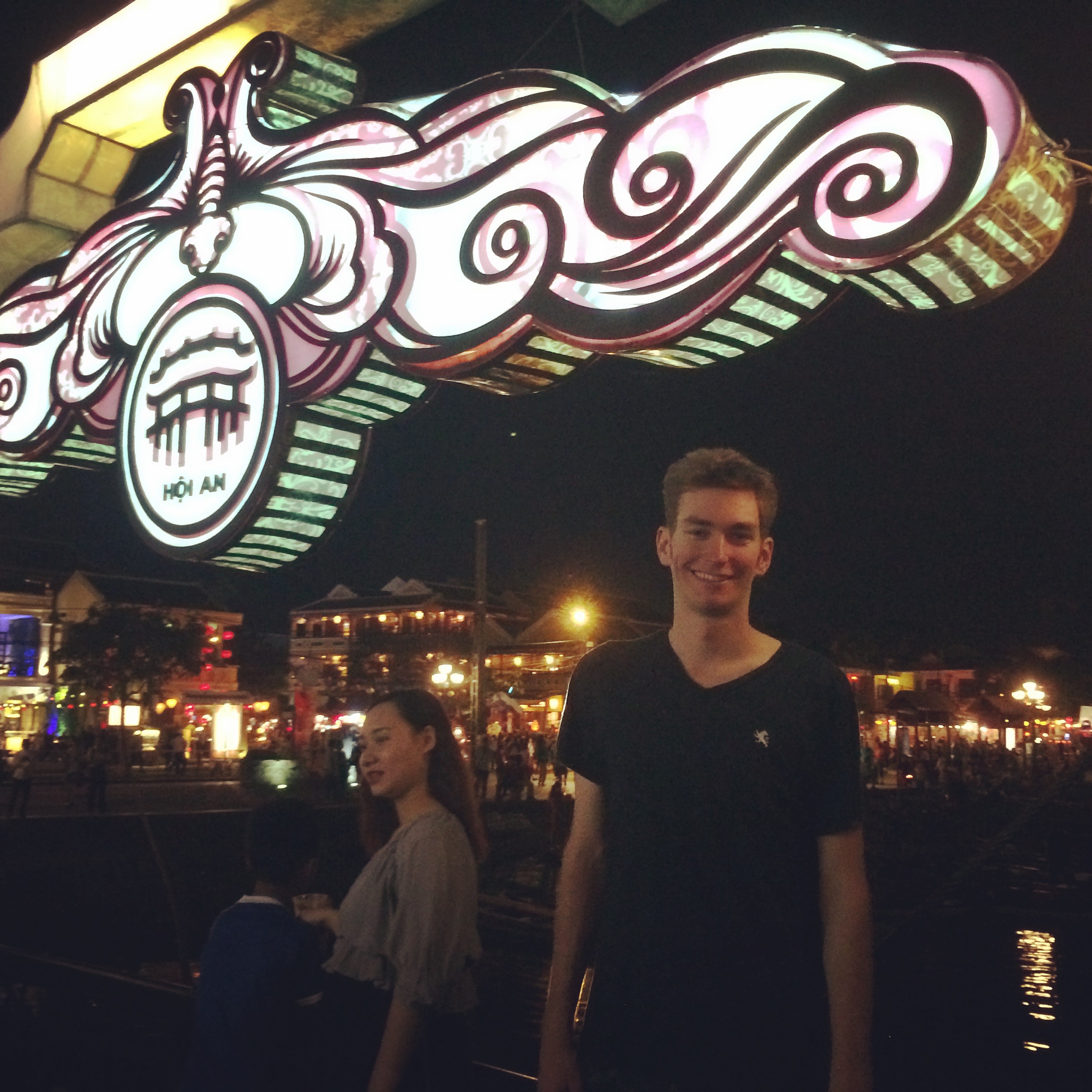 After the trip to Hoi An, I got into a routine. I would wake up and have a snickers bar for breakfast. Then walk to a bookstore cafe to blog or work on Anura. When I got hungry I would walk around the corner and have Phở for lunch. At 4pm I would meet to tutor English for an hour. In exchange for English lessons, I got to stay at a hotel right next to the Dalat night market.

One lesson I have learned is that plans always change. My original plan was to stay in Vietnam for 3 months, but I ended leaving to go to China. While in Bali, Randy and I thought of other business ideas. A Vegan vitamin supplement and to work with Chinese manufacturers. We would be selling the Anura products on Amazon. There has been a lot to suggest that Amazon wants to work directly with manufacturers and cut out the middle man. Randy and I planned a trip to China, Hong Kong, and Taiwan to meet with manufactures to work with them. To offer marketing skills and help them sell on Amazon. Instead of 3 months of Vietnam after a month in Dalat, I was off to China.