What is the difference between a disease and a toxin? Both can kill an organism. The difference is that a toxin can only affect one person while a disease can affect many. In essence, a disease can be transmitted. The transmutation of the disease is the most important factor. Three examples of the importance of disease transmission are: Flavescence dorée, Plant Viruses a with thrips vector, and the Black Death.

Flavescence dorée was a disease only found in a small region of France and not much of a problem (my thoughts on how to cure it). That was until humans accidentally introduced an insect, leafhoppers from North America into Europe. The leafhoppers transmitted the disease to most of France and into Germany, Switzerland, Italy, and Spain. To combat the disease governments have implemented mandatory insecticide spraying. This kills the leafhoppers and prevents the disease from spreading. Today the disease is managed by removing the transmitter.

From 1348 to 1353 one out of three Europeans died because of the Black Death. It was caused by Yersinia pestis bacterium. Since then the bacteria has continued to exist. So, why hasn’t it caused another disease? Is there a genetic reason? Is the bacteria different today than 600 years ago? Recently there was a genetic analysis conducted by Verena J. Schuenemann, Kirsten Bos et al. comparing the 600 year old version to the bacteria today. What they found was that much of the bacteria did not change. In an interview with ScienceDaily Dr. Krause, one of the researchers on the project said “That indicates that at least this part of the genetic information has barely changed in the past 600 years,”. How is that the bacteria has not changed in 600 years however we did have another plague from the bacteria comparable to the Black Death?

The messenger changed. Scientists believe that the disease was spread from rats to fleas and then from fleas to humans. Today we have several factors in our favor. We wash our hands, we don’t have lots of rats running around the streets, and live in clear cities today. These factors all reduce the transmission of the disease, but do not change the disease itself. Because of the reduction of transmission we may not have another Black Death in the future. Ok, not an outbreak, but are there modern accounts of the disease?

Yes. In the past 100 years the United States has had over 362 cases of the disease. Madagascar has had two cases in 1995 and an outbreak in 2014. J. F. D. Shrewsbury a British bacteriologist compared modern cases to cases in the 1300’s. Shrewsbury found that modern cases have similar fatality rates as did rural Europeans in the 1300’s. When you have people spread out or in quarantine then transmitting is slower. If we lived in dirty streets with lots of rats running around, didn’t wash our hands and lived close to one another an outbreak on the scale of the Black Death could be possible. Take comfort in our modern condition and for the fact that our life greatly reduces the rate of transmission. 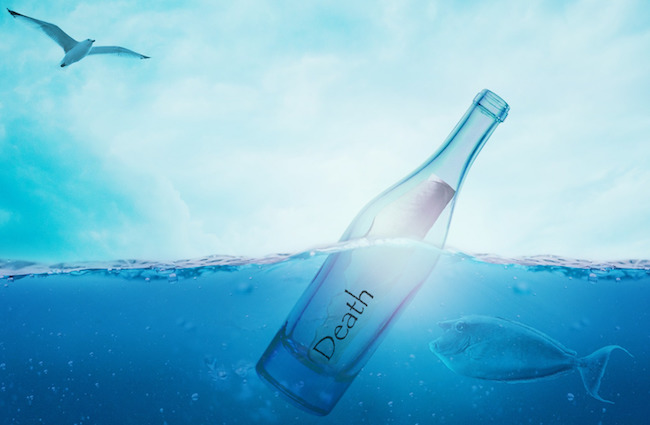 More articles from Elliott about Plant Science and Plant diseases.