I have been reading, thinking, and writing about Elm Phloem Necrosis also known as Elm Yellows a lot this year. I started by coming up with three unusual ideas that could cure it. These ideas to cure Elm Phloem Necrosis were re-screening for resistance, creating genetic hybrids, using Nano-electroporation, and silver nanoparticles.

Of these ideas, the quickest and most realistic was using silver nanoparticles to kill the bacteria causing the disease. I then wrote an update. The main problem with Elm diseases is the low resistance of Elm trees to disease. I proposed increasing the resistance with genetic engineering tools including inserting large sections of a related species genome into Elm trees to create a new species. The problem with this solution is that it would require at least $10,000 and likely more to test it and several years to grow the trees and screen for resistance.

I continued to read about Phytoplasma diseases. Phytoplasma diseases such as Elm Phloem Necrosis are hard to treat because the bacteria is so simple it does not have a cell wall and can not live outside the host. This means we can not study it in the lab. Luckily scientists have been researching these disease for some time and have found interesting pieces to a puzzle that may cure the disease.

In 1968 Camilien Gagnon published an article about a connection between Dutch Elm Disease and Hydrogen Peroxide (H2O2 activity. Dutch Elm Disease is caused by a fungus, not a Phytoplasma. What was happening in the Elm trees was that the fungus was triggering the defense mechanisms in the Elm tree. One of these defense mechanisms is the production of Hydrogen Peroxide.

Peroxide in association with a Phytoplasma disease, Flavescence dorée was also shown. The Phytoplasma bacteria that causes Flavescence dorée is closely related to the bacteria that causes Elm Phloem Necrosis. A team (Musetti Rita, Marabottini Rosita et al.) published in 2007 that they saw an increase in Hydrogen Peroxide in the leaves of infected plants. The levels of Hydrogen Peroxide was not increased for recovered plants or healthy plants. The infected leaves also had low levels of compounds used to break up Peroxide, to prevent it from reacting with parts of the cell of the plant. This led the team to conclude that the Peroxide was reacting with the bacteria, killing the bacteria inside of the plant and that Hydrogen Peroxide was part of the recovery process.

Could we just inject plants with Hydrogen Peroxide? We could, however, we would likely cause a significant amount of damage to the plant. Plants can regulate the amount they need to recover from a pathogen once the genes are activated.

A year after the last team, in 2008, M. Ćurković Perica published a paper about a Phytoplasma disease in Periwinkle. In the paper both IAA and IBA induced mechanisms for periwinkle to recover from Phytoplasma diseases. It took 1-2 years for the treatment to be successful. Part of the reason why it is so slow is that Phytoplasma may block or inhibit some hormones. This might be to prevent the plant from activating defense compounds.

When I learned about the low disease resistance of Elm trees my first reaction was to improve it by improving the genetics of the tree. But instead we can increase the disease resistance of the Elm trees with hormone, activating defense genes to regulate the production of Hydrogen Peroxide. In the case of (M. Ćurković Perica 2008) it took 1-2 years for recovery a higher concentration of IAA or IBA may cause a quicker recovery time.

To test this idea producers could apply IAA to crops know to be affected by a Phytoplasma disease. 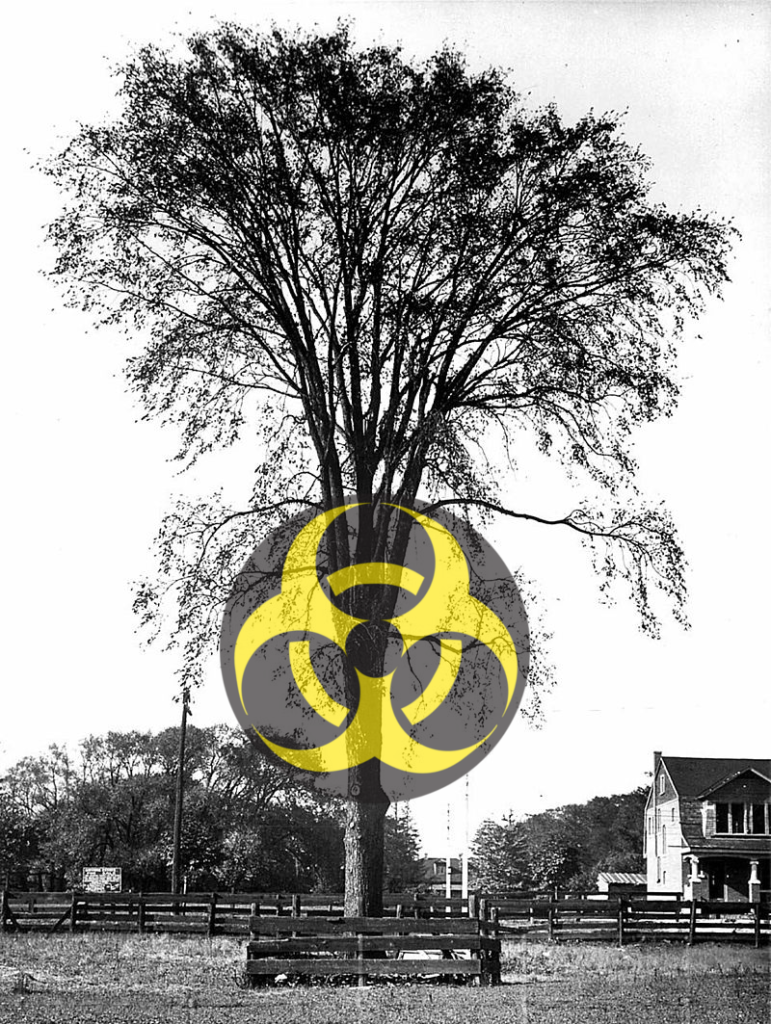