World War I ended when an external party provided more resources, disrupting the political balance. The external party was when the US entered the war. The allies with the help of the US, outlasted the German forces. The US was in the right position to have a major impact in the war and benefited from joining the war economically. Prior to the US joining World War I both the Allies and Germany put up blockades to prevent the US from trading with their opponent. This block in trading was significant to the US gross domestic product which heavily relied on trading with Europe. Entering the war allowed the US to trade with the allies a benefit to the US economy.

What to do about the South China Sea? I predict that there will be a future world war in Asia. If we follow the solution of World War I, then an external party needs to provide resources to disrupt the political balance. That party needs to be in a position to have influence and have a direct benefit from stepping in. Who is going to save the day this time? The hero this time will be Germany. Germany is a major trade partner with almost all of the countries involved. Therefor it is in a unique position. Germany also has no territory near the China Sea and is one of the largest producers of energy in the world. Would it benefit? Germany would benefit by the increase in trade to all the countries. What would it need to do? Germany would need to propose a trade plan with other countries. The plan would identify an industry from each country.

This trade deal would reduce the German VAT to their essential rate they apply to food to certain products from countries. Each country in Asia would get a list of products. Ideally each country would have a resource good and a refine good. Meaning they would export an item that is raw that Germany can refine into a finished product and a good that has been processed. For example a top refined good from Vietnam is Broadcast Equipment. Likely this is cell phones and equipment for cellular networks. Vietnam also sells Germany a lot of coffee. Germany would allow broadcast equipment and coffee from Vietnam at a lower rate, and could increase taxes or tariffs of other products from Vietnam. These increases and decreases in tariffs would incentives Vietnam to specialize in broadcast equipment and coffee. Another example, Indonesia’s top exports to Germany is Office Machine Parts and Coconut Oil.

Germany would provide these lucrative trade deals to countries in South Asia with a few conditions. These conditions are:

After WWII the economies of Germany and France were intertwined. By making both economies reliant on the other reduced the chance of war. It is hard to declare war on a country you are heavily trading with. Today, it is not Germany but China that has territorial acts of aggression. Including its claim and military development in the south china sea.

In the future it may not be China that is aggressive, however with the militaries of Asian countries, and need for natural resources trade pacts like these might prevent a world war. 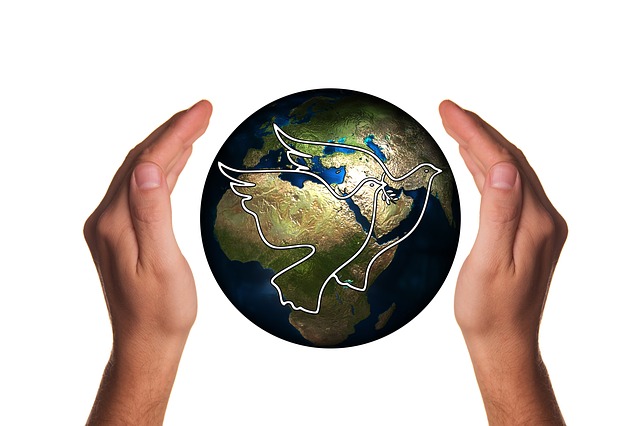