Right now in Asia, there are many elements that are similar to WW1. These elements could cause a world war. To demonstrate this I will compare the South China Sea to World War 1. What caused WW1?
World War 1 was caused by the M-A-I-N causes:
Militarism, Alliances, Imperialism and Nationalism.

These provided the backdrop to allow World War 1. With the M-A-I-N causes in place, the tension in the Central Balkans sparked World War 1. We are moving towards an environment that has similarities towards World War 1 where a spark could cause the next world war.

What happened in World War 1?

Countries were explaining their military and believed that war was part of nature and good for a country.
Alliances were formed to protect colonies and keep neighbor’s power in check.
Imperialism occurred to get resources from other places.
Nationalism prevents countries from being sympathetic to other countries.

Do we have these ingredients in Asia?

Military: China has the most amount of people on active duty in the military out of every country in the world. The United States is the second. Both Countries top the list in recent total military spending and military equipment. If you rank by total military personnel (Active, Reserve, Paramilitary) in order it would be: North Korea, South Korea, Vietnam, India, China, Russia, United States, Brazil, Taiwan, and Pakistan.
Brazil is the only country not in Asia.

So 9 of the 10 largest militaries in the world are all in Asia. Yep, that does not look good.

Association of Southeast Asian Nations (or ASEAN) is an organization to promote economic growth in member countries. ASEAN is made up of Indonesia, Malaysia, the Philippines, Singapore, Thailand, Brunei, Cambodia, Laos, Myanmar, and Vietnam. There are many parts of ASEAN and areas where these countries collaborate, including developing a defense industry. One of the goals of the defense industry program is to reduce the spending of non-ASEAN countries by half. What this means is that ASEAN plans to grow its defense industry making the region able to produce military equipment.

ASEAN is very different that the alliances that caused WW1, for example, the alliances in WW1 required that members go to war if one nation went to war or was attacked. This lead to the quick escalation of WW1. Alliances similar to the ones in WW1 are found in Asia.

The United States also has a Mutual Defense Treaty with the Philippines. If either is attacked the other will help defend from external threats. Finally, the Taiwan Relations Act signed into law 1979 requires that if the People’s Republic of China invades Taiwan then the United States would help defend Taiwan.

There are mutual defense alliances exactly like in WW1. If Japan, Republic of Korea, the Philippines, or Taiwan is attacked the United States will step in.

There is no formal military alliance between Russia and China, however, I would suspect that one will occur in the near future because of the military threat from the United States.

The reason why imperialism occurs is because of resources. One country is taking resources from another place. China’s Economy is slowing down making it tempted to take resources to grow the Chinese economy in the future. Recently we have seen China build and take islands in the South China Sea. What resources are there in the China Sea? There are three resources in the China Sea: shipping lanes, oil, and minerals. A significant portion of China’s oil flows through the area from the middle east.

At the same time, many countries are making claims on islands in the South China Sea many are uninhabited, but give the country who owns them the rights to mine minerals and oil for miles around the island.

Russia taking the claims. Some of the Kuril Islands are disputed between Japan and Russia. Russia also has many areas where it challenges China for claims of territory.

On a poll that asks how they felt about their country and if they believed their country was better than other countries.
The Philippines is the 9th most patriotic country and the United States is tied for 1st place with Venezuela. From the list of most and least patriotic it seems places with direct current military conflict or countries with a cultural conflict are the most patriotic. Countries that were part of another entity, like the European union were less patriotic. It’s ironic that Germany is the #1 least patriotic country today, and right now the least likely to start a world war.

While the United States and the Philippines are the only countries on the list for being the most patriotic in Asia. Patriotism will likely rise as direct conflict increases. The United States alone has three of the four elements; Military, Alliances, and Nationalism. 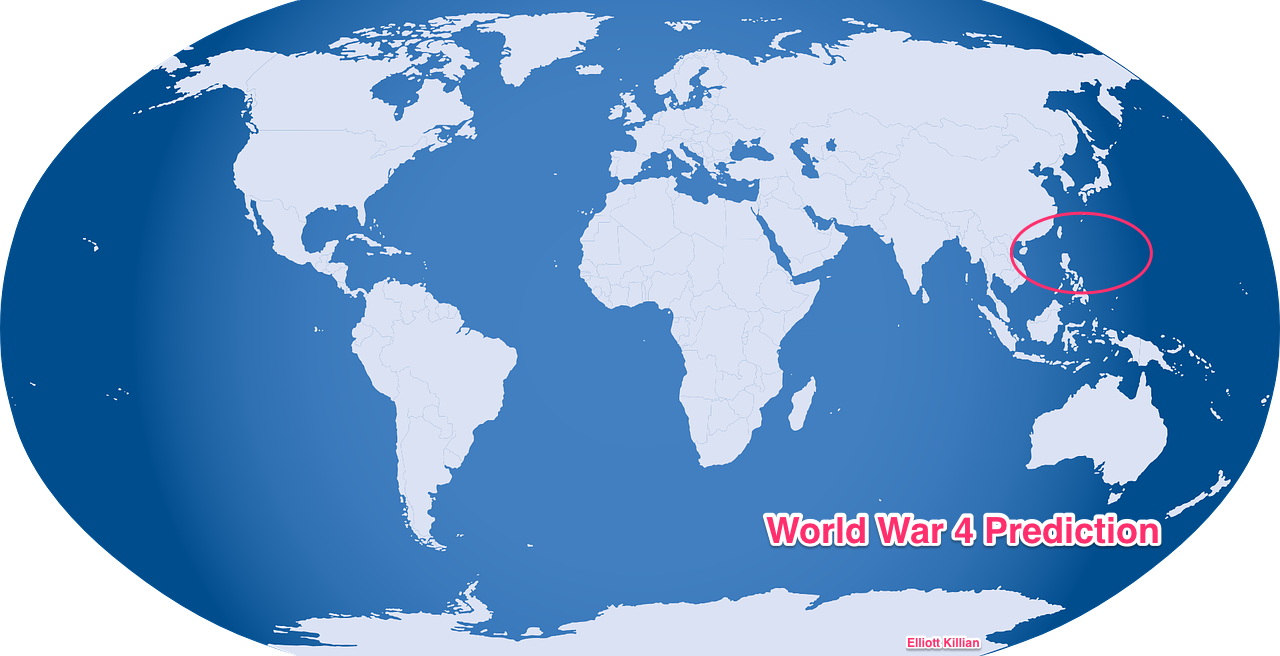 List of countries by number of military personnel. Wikipedia.  https://en.wikipedia.org/wiki/List_of_countries_by_number_of_military_and_paramilitary_personnel