Boston is a great city. I would live there if it weren’t so cold in the winter. Last time I was there the song “I am a sailor.” blasted out of a bar I was walking by. The bar had green clovers all over it with an Irish flag on the wall. The mark of Ireland, (where many of many ancestors originated from) is all around Boston and the United States. Many Irish came to America because of one plant disease, Late Blight.

You like the video game Skyrim may not know that potatoes came from the New World. The Incas grew many cultivars of potatoes on the hillside. Each type of potato was grown at a different altitude, set for different temperature and humidity. The people would then climb up and down the mountain and trade potatoes. This starchy root vegetable was valued by the Europeans and brought back with them eventually making its way to Ireland.

Importing potatoes from the new world decreased the genetic diversity. By that time the genetics of that cultivar were not very diverse. Imagine that Europeans only brought back a few individuals of a cultivar. That was then grown and traded. Making its way to Ireland most potatoes were genetically very similar. This is called the founder’s effect. Where a few individuals create a whole population. The genetics in the new population is limited to the individuals that first arrived. Imagine we discover a new Island and only blue eyed people started living there. With no new migration, everyone then born on the island would only have blue eyes and no other trait. This is what happened to the potatoes. Traits in the population were limited. Late Blight which is caused by Phytophthora infestans, an oomycete which is a plant-like organism that acts like a fungus. It was causing problems in Ireland, until one year that conditions were right that it caused the large loss in potatoes. With a huge shortage of food if you split Ireland’s population into four even pieces one of the four (1/4) would migrate to another country or die. Oh and did I mention that in today’s era every year the diseases causes 6 Billion US Dollars globally? Could the Irish potato famine happen again? What conditions are needed for Late blight?

For any disease, you need all three elements: Pathogen, Host, Environment. If you only have one or two ingredients there is no disease. With three there is an outbreak. Luckily we have been working on improving potatoes resistance to late blight and other diseases through the use of breeding. We are strengthening the host in the formula. Another way is to eliminate the pathogen. We can use chemicals that kill the organism such as copper sulfate. But this sometimes not enough as we can’t complete eliminating the pathogen everywhere on earth and constant usage of it increases resistance. What about the final ingredient? I am not the first to suggest the benefits of controlling the weather. But what if we did on a small scale, say the size of a field of potatoes. We already have two models which predict late blight outbreaks: Beaumont Period and Smith Period.

Beaumont Period is a period of 48 consecutive hours, in at least 46 of which the temperature not been less than 10 °C (50 °F) and relative humidity not less than 75%.

A Smith Period is two consecutive days where minimum temperature is 10 °C (50 °F) and having relative humidity is greater than 90% on each day for at least 11 hours.

With these two models, we have been able to accurately predict when late blight could show signs. The plan currently is to spray and pray. Spray lots of fungicide/oomyceticide and hope that it works.

Maybe controlling the weather would be easier. If the two periods above are interrupted then the oomycete will not germinate. When the time period approaches we could then change the atmosphere. To make this modification we could use salts such as lithium chloride or calcium chloride. Which are used to pull water out of the air. With enough salt, we could change the humidity and prevent late blight from germinating. This is one way another would be to put up a tarp around the crops at night when it is cooler. Cooler air has a lower ability to store water vapor. During the day the air would warm up. The total amount of water in the tarp would be the same however the relative humidity would be lower than the air outside. Salts could be placed in the tarp and reduce the humidity even further.

Late blight created a food shortage that radically changed a country. Today we have tools to monitor the conditions needed for the diseases. To prevent late blight all that needs to be done is to adjust the humidity for a few hours. For everyone around the world curing this disease would mean a better world and tasty potatoes. 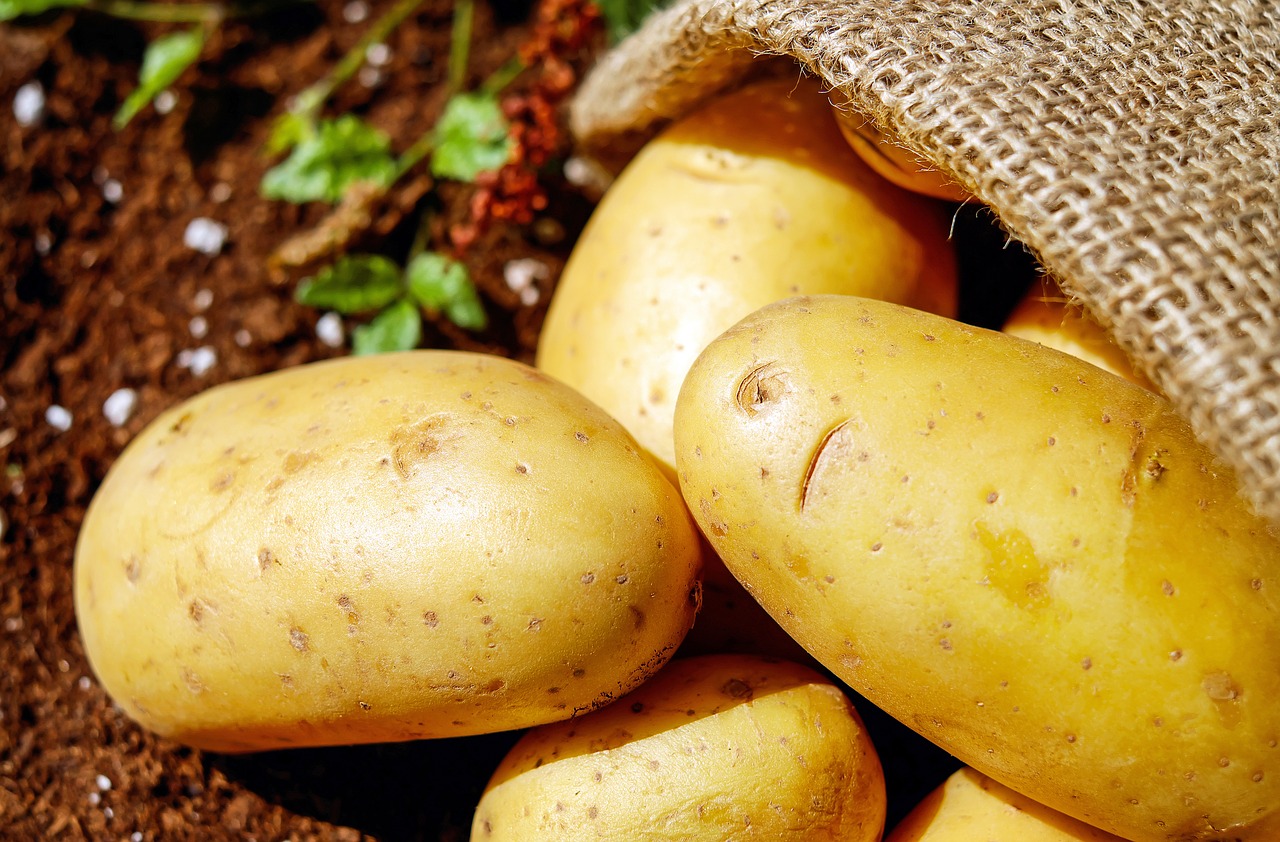 Check out more about plants and plant diseases on my blog.